People use contraceptives for some reasons. They may want to space the time in which they get their children. They may also want to start a family at a later age after they are done with their studies, or they are financially stable. Whatever the reasons are, contraception use has helped many women, and this article shows some of those ways in which contraception methods have made their life better.

They Have Helped In Family Planning

They have helped in family planning by helping couples to determine when they will have children and the number of children they want. They have helped them to decide when they want children, how they should space them and when they should stop conceiving. Deciding when and how many children to have is everybody’s right under the United Nations Declaration Of Human Rights. When children are delayed or spaced, the parents can enhance their careers which may be slowed down by having children. Moreover, having fewer children helps to invest more in each child.

Girls and young men are likely to have complications during their pregnancy. Therefore, contraception aids them significantly to put off pregnancy until their bodies can fully support a pregnancy. Older women who are also at a risk of having pregnancy complications use contraceptives to evade pregnancy. Studies have shown that one of the leading causes of maternal deaths is abortions. By using contraceptives, women can avoid unwanted pregnancies thus reducing the rates of abortions. Individuals who are not ready to have children but are sexually active are encouraged to be on any birth control method to avoid the risk of abortion.

The use of contraceptives has significantly reduced population growth. This is imperative because overpopulation has contributed to environmental and economic pressure. In addition to that, it has led to a strain on services like education and health.

Birth control is an effective method of reducing teenage pregnancy. In New Zealand for example, there is a high fertility rate in teenagers. Studies show that per every 1000 births, 26 of the women are aged between 15-19 years. Using contraception can, therefore, help the women to reduce their chances of pregnancy that may affect their health or even careers. Early pregnancies have also been found to affect the health of the new born babies. They are likely to be underweight and may die within 28 days, a condition known as neonatal mortality.…

END_OF_DOCUMENT_TOKEN_TO_BE_REPLACED 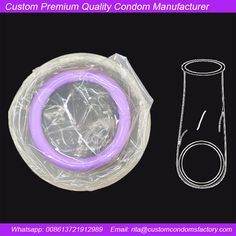